Today, I have the unique opportunity to interview the artist behind the cover for The Darkest Minds. Marci Senders is the Lead Designer for Disney-Hyperion, and is here to answer some of my questions. I've never done an interview with a cover designer before, and I really enjoyed learning more about the process. I hope you do to! And stick around, there's a giveaway at the end of the post.


Sara: Do you read the novels you design for beforehand, or are you given a sort of primer to work with? 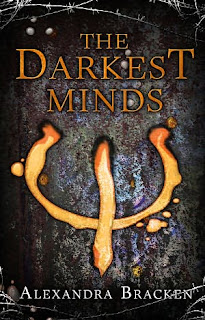 Marci: Yes, I read the novels before I get started. We also get an Art Form from the editors that include a summary, character descriptions, comparative titles, etc.

Sara: Do you plan your cover designs beforehand, or do you wing it?

Marci: The best covers are the ones that are well thought out. I do sketch and collect inspiration before I get started. I also look for illustrators and freelancers who can create the perfect artwork for the project. Working with outside artists helps us keep our covers unique.

Sara: Can you describe your design process? What are the steps you normally take when designing a cover?

Marci: First I read the book. Second, I do research and look for inspiration. Then I discuss and brainstorm with the editor. From there I either sit down and get started and work with an illustrator. For The Darkest Minds, I worked with freelance designer/photo-illustrator Sammy Yuen who I know could give us that intense cover we were looking for.

Marci: I think designers are natural problem solvers so I like to work on all genres. I would get bored to always work on the same type of books.

Sara: The cover of The Darkest Minds is very striking in its simplicity. Was this the direction you wanted to take from the beginning, or were there other designs before the cover was chosen?

Marci: Our very first comps had the Psi symbol... they were pretty and more colorful. We also tried showing figures and more conceptual directions. Ultimately, we went back to the Psi symbol but in a much grittier way.

Sara: Did you find the cover for The Darkest Minds to be easier or more difficult than your average design?

Marci: It did take a lot of elbow grease to get this just right. There is a lot going on in this story and so many directions we could have gone in. Sometimes you have to try a bunch of things to find the right combination. This is also a popular genre so it had the added challenge of making it stand out from some tough competition.

Sara: What is your favorite thing to design outside of book covers?

Sara: What are your artistic influences?

Marci: I think I will always be an art history buff at heart.


Thanks Marci for stopping by and giving us all a look into what goes into making a gorgeous cover! Now, for the giveaway. Thanks to Disney-Hyperion and Authors on the Web, I have one (1) copy of The Darkest Minds to give away to one lucky reader.

To enter, just comment on this post and tell us what you think of the cover for The Darkest Minds.

The giveaway is open to the US only and will run through 11:59pm on Friday February 1st. The winner will be chosen via random.org and announced shortly after.

About The Darkest Minds

When Ruby awakened on her tenth birthday, something about her had changed. Something alarming enough to make her parents lock her in the garage and call the police. Something that got her sent to Thurmond, a brutal government "rehabilitation camp." Because Ruby might have survived the mysterious disease that's killed most of America's children, but she and the others emerged with something far worse: frightening abilities they cannot control.

Now sixteen, Ruby knows that she is one of the dangerous ones and, when the truth comes out, she barely escapes Thurmond with her life. On the run and desperate to find the one safe haven left for kids like her, Ruby joins a group of kids who escaped their own camp. Liam, their brave leader, is falling hard for Ruby. But no matter how much she aches for him, Ruby can't risk getting close. Not after what she did to her parents.

When they arrive at the safe haven, East River, nothing is as it seems, least of all its mysterious leader. But there are other forces at work too, people who will stop at nothing to use Ruby in their fight against the government. And soon Ruby will be faced with a terrible choice, one that may mean giving up her only chance at a life worth living.

The heart-pounding first book a near-future dystopian series, Alexandra Bracken’s The Darkest Minds will leave you begging for the next installment. 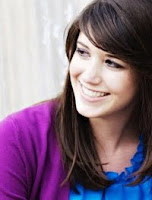 Alexandra Bracken was born and raised in Arizona, but moved east to study at the College of William & Mary in Virginia. She recently relocated to New York City, where she works in publishing and lives in a charming apartment overflowing with books. You can visit her online at www.alexandrabracken.com or on Twitter (@alexbracken). 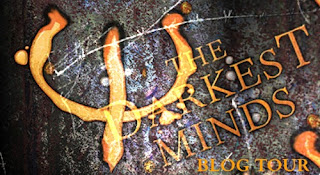