Today, I would like to welcome Merrie Destefano to Sara's Urban Fantasy Blog. Her latest book, Fathom, released on October 1st. She is here today to talk about how speculative fiction is categorized, and if you stick around until the end, there's a giveaway.


Is it Paranormal or Is it Fantasy?
By Merrie Destefano


“What genre is this book?” 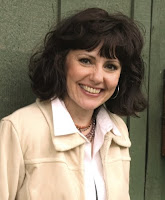 The problem is, when you’re writing speculative fiction, all the boundaries seem to blur until you feel like you’re cross-eyed. To give you a brief example, when I wrote my first novel, Afterlife, I saw it as science fiction. When my editor acquired it, however, she asked for a few changes -- not many -- and the book was then marketed as an urban fantasy. To me, that book will always be sci-fi. But to many readers, it’s urban fantasy.

My current novel, Fathom, probably falls into the category of paranormal romance. But to me, it’s fantasy. I never saw the paranormal romance elements when I was writing the book. They’re probably there, but to me it was like a math equation:

But then, I’m just the writer. Writers don’t usually get to decide what category their novels fall into. They just write the best book they can and try not to worry about things like markets or categories or the dreaded Latest Hot Topic.

So, just for fun, I put together a little Cheat Sheet for helping to define what category the book you’re currently reading might fall into. Now, these are just suggestions, not hard, fast rules. Here goes...

FANTASY: May take place in another world and often contains magic or supernatural elements. Does not contain scientific themes (otherwise, it would be science fiction.) Usually has a battle of good versus evil. May or may not have romance.
Books: The Lord of the Rings, Harry Potter, Game of Thrones.

HORROR: Can contains supernatural themes; meant to scare, startle or terrify. Sometimes rooted in folklore. May have vampires, werewolves, etc. Also may have a gothic tone. Sometimes written very beautifully, despite horrific subject matter.
Books: The Shining, Dracula, The Haunting.

PARANORMAL ROMANCE: May blend elements of science fiction, fantasy and horror. Takes place in our world, but often has otherworldly creatures, like vampires, ghosts, shape shifters, etc. A sub-category of fantasy and/or a sub-category of romance that contains experiences outside the normal or supernatural aspects.
Books: Highlander, Twilight, The Vampire Diaries.

URBAN FANTASY: Usually has a contemporary urban setting -- although the urban setting can be in another time period. Set in our world, which is often populated by otherworldly creatures or immortals. May or may not have romance. Is usually written in first person, and is often graphic, gritty and/or noir in tone. Considered a sub-genre of fantasy.
Books: Small Favor, Moon Called, Dead Until Dark.

So, just out of curiosity, what are you reading right now and what category does it fall into? I’ll answer first: I’m currently reading Ashes by Ilsa J. Bick and the category is horror.


Thanks Merrie! I really enjoyed the super simplified version. And for those wondering, I'm currently reading The Undead in My Bed by Katie MacAlister, Molly Harper, and Jessica Sims and the category is paranormal romance.

Merrie has generously donated two (2) ebook copies of Fathom to two lucky readers. Just answer the question asked at the end of the guest blog and leave a valid e-mail address. The giveaway is open to the US only and will end on Thursday 10/18 at midnight (winners announced Friday 10/19). 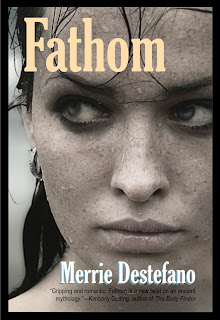 Turning sixteen can be hell, especially if everyone in town thinks your mother killed herself and your sister. All Kira Callahan wants to do is swim, hang out with her best friend, Sean, and ignore the kids who torment her at school. That is, until one day when she gets invited to a party. For three minutes her life is wonderful -- she even kisses Sean. Then somebody spikes her drink and some girls from out of town lure her into the ocean and hold her underwater.

Kira soon discovers that the group of wild teenagers who have come to visit Crescent Moon Bay are not as innocent as they seem. In fact, nothing is as it seems -- not the mysterious deaths of her sister or her mother, not her heritage, not even her best friend. And everything seems to hinge on the ancient Celtic legends that her mother used to tell her as a child.

About Merrie Destefano:
With twenty years’ experience in publishing, Merrie Destefano left a 9-to-5 desk job as the editor of Victorian Homes magazine to become a full-time novelist. Her first two novels, Afterlife: The Resurrection Chronicles and Feast: Harvest of Dreams were published by HarperVoyager. Fathom is both her first YA novel and her first indie published novel. When not writing, she loves to camp in the mountains, walk on the beach, watch old movies and listen to alternative music -- although rarely all at the same time. Born in the Midwest, she now lives in Southern California with her husband, their two German shepherds and a Siamese cat.